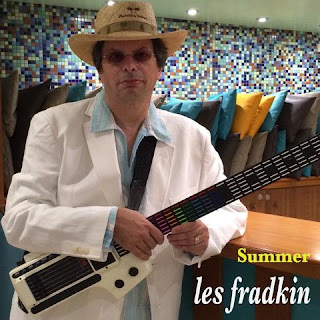 So, I remember being quite young and my parents had a series of CDs (transfers from LPs) titled “Classical Beat” where orchestral pieces were paired with popular music-style drumbeats and the effect was quite pleasing. Later in college, I became fascinated with “Switched on Bach” as it was such a staple in the synthesizer world.

Imagine my pleasant surprise when I found Les Fradkin’s awesome rendition of Antonio Vivaldi’s “Four Seasons” composition played through what I can only imagine is a guitar-style-midi controller (I may be wrong) pumping out virtuosic synthetic lines that are perfectly representative of the Italian Master’s genius. The track is intense and very worth the listen! Mr. Fradkin and his music can be found here: www.bongoboyrecords.com/lesfradkin
Posted by Michael Wheeler at 9:35 PM