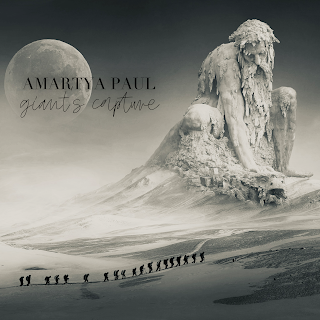 One thing I don't talk about very much on this blog is my job as a music educator. Outside of being a college professor I have also been a lifelong private piano instructor. Over the years I've watched interest in concert music (more commonly called "classical music") wain in favor of popular styles. This is understandable and faced by every generation. In recent years; however, I've been delighted in the number of pianists I've seen genuinely interested in music FOR the piano, and especially a new proliferation of piano music. 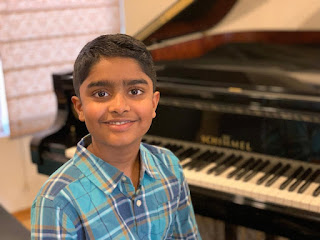 So, imagine my surprise when I stumbled across a young Mr. Amartya Paul; an 11-year-old composer, pianist, and violinist who's just released a recording of a new composition titled "Giant's Capture." The piece is part of a series revolving around a mythological royal family and their adventures. The piece itself is aptly composed and has been performed by the pianist Deborah Offenhauser. "Giant's Capture" has a brisk pace with very appealing chord progress, pulsating left-hand percussive rhythms, and a Bergmuller-esque motif in the melody.

Of course, it must be stated, that such a composition coming from an 11-year-old is extraordinarily impressive. I will be very keen to know what comes of Mr. Paul in the years to come.

Posted by Michael Wheeler at 11:31 AM