Nick Nichols: The Other Side

To hear a sample of "The Other Side" click here http://shineonrecords.com/music.php

Artist Nick Nichols’ newest release is a beautiful and heartfelt ballad that encompasses themes of faith, love, and commitment. It’s a work that could easily stand toe to toe with beloved pieces of folk music such as “Danny Boy” or “The Water is Wide” (the latter of which “The Other Side” has more than a few note-combinations in common) Like a well-staged film, everything you need to know about this song happens within the first twenty seconds, the rest is an expansion on that opening mood. There is a sweet (but at the same time, melancholy) violin playing over a soft and expressive piano which acts much like footlights for Mr. Nichols’ voice. 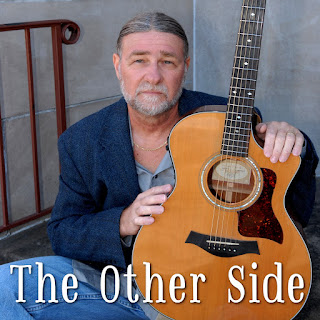 There’s a great helping of gospel in this track, almost like the kind of reflective piece you would love to hear in church, except (sadly) modern worship music doesn’t get nearly as deep as this track. Nick Nichols balances major uplifting chords with introspective shifts into minor, likewise his legato (yet very mature sounding) voice works expertly in all registers.

The Other Side is a sad song, but at the same time there is such a sense of dignity and individualism that comes through in a song about dying. It’s the kind of song I imagine my father would have reflected upon in his own end-of-life struggle and I found this number very personally inspiring.
Posted by Michael Wheeler at 2:03 PM